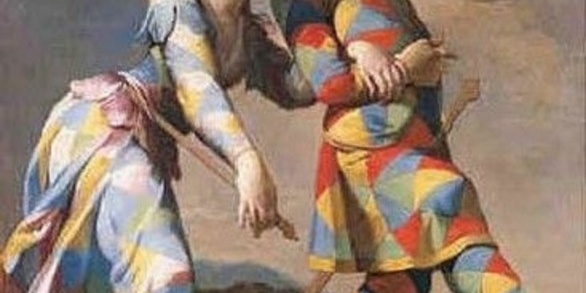 Thursday November 14, 2013
The Arlecchino mask: a motley history
Born in the poor district of Bergamo, the history of this mask is surrounded by mystery... 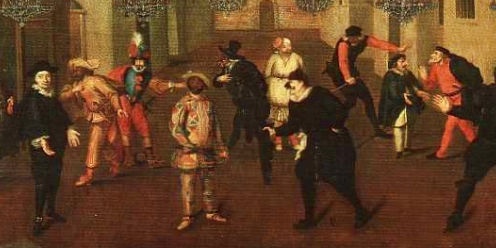 A well-grounded hypothesys claims Michelangelo himself would have created it, by modelling it on the ancient mask of a satyr. In the traits of his mask some see a fool, some a demon: truth is, this mask developed over the centuries, thus shaping a figure as prismatic as the dress he wears.

Climbing the theatrical ladder: the origin of Arlecchino’s mask

Harlequin is a fool and a gullible Mask, a servant which can be compared to those found in the Greek New Comedy and in the Latin Comedy. But unlike slaves in ancient comedies, though, Harlequin does not occasionally give good advice to his master, but rather always end up being beaten because of something he hasn’t done at all.

From the 16th century onwards, anyway, this craven and constantly hungry and penniless Mask starts turning into the greedy and shrewd page of a noblesman, in love with some maidservant and with a tone definitely more lifelike than coarse.

Reading the disguise: some facts about Arlecchino’s mask

The costume itself undergoes a series of changes over the years: at first, his clothes were made of a bizarre mixture of coloured pieces of cloth, that is the only rags he could afford. Later, his new close-fitting one-colour suit starts being covered with red, blue, green and yellow lozenges. Moreover, he wears a hat, in whose band a hare’s or rabbit’s tail is placed, and a stick, the so-called batocio, which is used as his nickname, as well: Arlechin Batocio.

But Harlequin’s mask has an interesting story, too: originally made of waxed cardboard and hiding the whole face, it then became a half-face leather mask. Over the thin fissures of the eyes, the arches of the eyebrows are extremely prominent, thus giving the character a questioning look. Others see some demoniac features in this expression: a piece of evidence for such a theory is provided by Dante Alighieri.

One of the demons in the XXIst, XXIInd and XXIIIrd cantos of Dante’s Inferno is, indeed, called Alichino. The name itself seems to be related to the Old French word for “ghost”, i.e. hellequin, which, in turn, comes from the Germanic root for “hell”. Starting from Dante’s Inferno, this demon would therefore develop into a comic character.