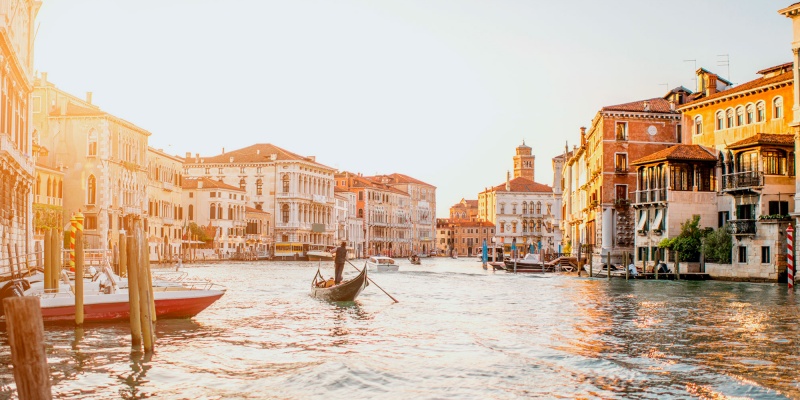 Friday March 10, 2017
How to identify a traditional Venetian mask
All that glitters is not gold, the saying goes: and this is true of the glitter on masks, as well.

All that glitters is not gold, the saying goes: and this is true of the glitter on masks, as well. This is exactly what we found out at the beginning of the 1980s, when we started a small business involving masks.

At first we were only having fun and trying, as architecture students in Venice, to put some extra money in our pockets. We were though taking the first steps towards bringing to light a long-lost Venetian tradition: mask making.

A forgetful city: the reason for the decline of masks in Venice

In a city whose love for disguise was painted by unnumbered artists and had to be regulated by proper laws, forgetting the techniques to create masks should have been almost impossible.

Almost, indeed, since after the fall of the Serenissima Republic in 1797, the custom was gradually abandoned, due to the ban on masks and on Carnival imposed during the French and, later, Austrian occupation. Fear of uprisings and riots lead to the twilight of mask-wearing… Until 1979, i.e. more or less when we turn up in Venice, too.

How to tell a real mask from a fake: from a lost to a renewed tradition

In 1979, some citizens’ associations, the Municipality of Venice, the La Fenice Theatre and La Biennale actively collaborated to restore Carnival. In the meanwhile, we were learning the ancient techniques of mask making, whose simplicity amazed us.

Nothing but your hands and some simple tools and materials have to be used, i.e. clay, plaster and absorbent paper. Clay is the material on which the new model is shaped and then used to obtain a plaster negative mould. The negative mould is filled with various layers of absorbent paper and carpet or wood glue. Sounds difficult? Not at all! Take a look at how it works!

Some practical tricks to choose a truly traditional Venetian mask

When the mask is dry, it can be drawn from its mould: this is the moment of truth. If you – or the mask maker’s you are going to buy at – have followed the ancient techniques correctly, your mask will be:

From a practical point of view, another hint at the not so high quality of a mask is represented by dog-ears and unstuck edges. These are the symptoms of a work little cared for, but don’t worry: with a good teacher and some practice, you will be able to create your perfect mask in no time!